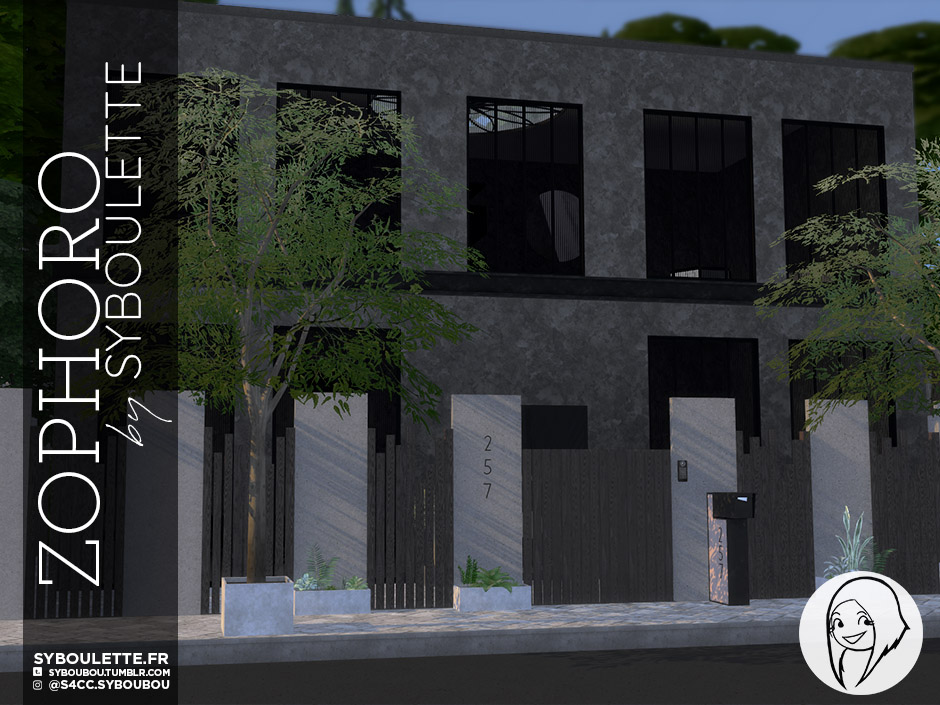 I started this set with making an exterior trim and a frieze. This is something that has never been done before because S4S can’t export it and TSWR can’t edit it. I used the same techniques than my previous ladders and stairs and could successfuly make two but… it took forever ! 😭 As I wouldn’t release a set with two simple trims, I added two fences, some gates and planters and a functional mailbox with slots to add numbers 🙂
In the process, I also tried to make columns… But I gave up because even if this is something in theory possible with my techniques, it would take even more forever than all the forever because it contains 9 different meshes, which means renaming each model individually, and changing in each those 9 models the material instances and texture instances and… Well, I probably lost you there, but just think THOUSAND of numbers to replace manually. Nope, not worth it. I’d rather work on decor columns like the ones from Severinka 🙂